THE YEAR OF THE TOLERANCE

This work has been created for the Government of the United Arab Emirates on the occasion of “The Year of Tolerance 2019” and delivered to the UAE General Consul in Barcelona, the Honorable Mohammed Abdullah Ali Alshamsi.

The great legacy that the Arabs had left us with architectural art in Cordoba, Seville or Granada. Or the lexical inheritance of which a large number of words are part of our Spanish language. There I began my respect and admiration for the culture of the Middle East countries.

When I was proposed to be part of a work of “The Year of Tolerance” I saw it as a great opportunity to collaborate in the union among nations and to alleviate part of the suffering that there is because of the differences among people.

The Ghaf is the national tree that symbolizes the proclamation of the Year of Tolerance. This tree is thus a native species of environmental interest that represents the stability of the desert and is witness to the old traditions because it was a meeting point for the celebration of public events. What it has served to inspire me in the creation of this very special work.

The lack of water in the desert and the richness of what this means for the Arab culture, is expressed in the color blue. The quartered of gold are the arid areas of the desert where you can see the water under its cracks using a new technique for the first time for this occasion.

The three water circles that symbolize each of the three countries that are an important part of my life and in this case for this work.

My tour of the world, with more than 20 years living in Japan, made me see first hand the importance of tolerating, accepting, other ways of thinking.

This work is a bridge of union, which reaffirms the excellent relations between the United Arab Emirates and Spain.

Currently this work is exhibited in the United Arab Emirates. 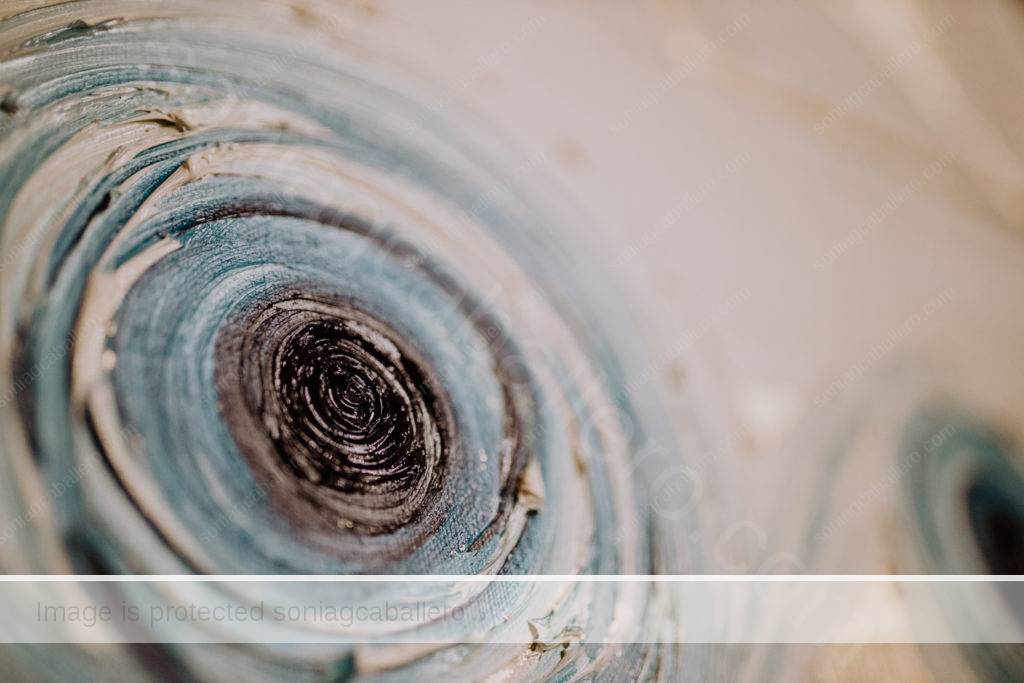 All the works of Sonia G Caballero are unique and exclusive pieces, carefully made with materials of the highest quality and noble metals, Platinum, 24K Gold, Silver … Using techniques of fine Japanese art in fusion with European classics Traditional, giving his work a unique character.

All works of Sonia G Caballero have a Certificate of Authenticity belonging to one of its Seven Collections Signed, Sealed and Numbered.