Her painting “The Year of Tolerance” is received by the UAE Consul General in Barcelona at a reception  at the Real Cercle Artístic of Barcelona. 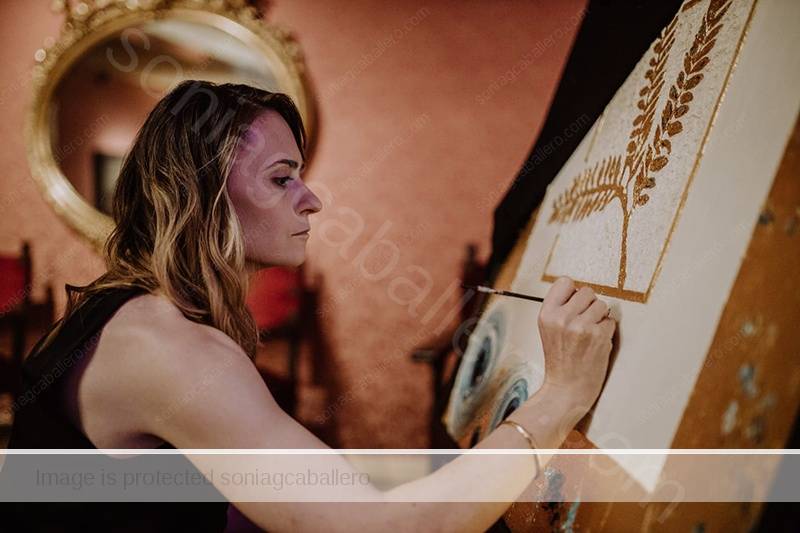 The personal development of Sonia G Caballero in this 2019 has been spectacular. With an exhibition in Japan marked by the success of the influx of people (more than 4,000 in a week), new pictorial works created, high jewelry line with Ernest Oriol’s advice, one of the best jewelers in Spain, the awards ceremony of the BMGE in Barcelona, ​​being one of the awards, a painting by Sonia G Caballero …, and finally the presentation of her painting “The Year of Tolerance” at the Reial Cercle Artístic de Barcelona (RCAB) on October 28, 2019.

The delivery of the work to the  Consulate of the United Arab Emirates of Barcelona, ​​welcomed 50 guests in the Salon del Brindis of the Reial Cercle Artístic of Barcelona. She joined people of different nationalities, art lovers and eager to meet Sonia G Caballero.

It was a very nice reception, because the Madrid painter evoked her 3 countries which has been a reference in her life: Spain, Japan and the UAE. 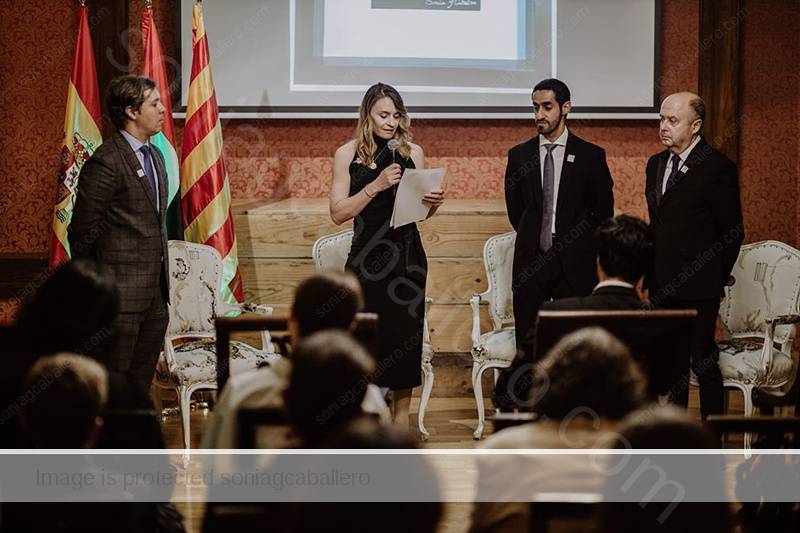 She recalled in her student years the love that the history teacher made her feel, about the great legacy that the Arabs had left us with architectural art in Cordoba, Seville or Granada. Or the lexical inheritance of which a large number of words are part of our Spanish language. There she began her respect and admiration for the culture of the Middle East countries.

“When I was proposed to be part of a work of” The Year of Tolerance “I saw it as a great opportunity to collaborate in the union among nations and to alleviate part of the suffering that there is because of the differences among people,” said Sonia G Caballero.

“The Ghaf is the national tree that symbolizes the proclamation of the Year of Tolerance. This tree is thus a native species of environmental interest that represents the stability of the desert and is witness to the old traditions because it was a meeting point for the celebration of public events. What it has served to inspire me in the creation of this very special work” explains the painter.

And she continued “The lack of water in the desert and the richness of what this means for the Arab culture, is expressed in the color blue. The quartered of gold are the arid areas of the desert where you can see the water under its cracks using a new technique for the first time for this occasion.

The three water circles that symbolize each of the three countries that are an important part of my life and in this case for this work ”concludes Sonia.

Her tour of the world, with more than 20 years living in Japan, made her see first hand the importance of tolerating, accepting, other ways of thinking.

Finally, she said that this work was a bridge of union, which reaffirms the excellent relations between the United Arab Emirates and Spain.

The General Consul, Mr. Alshamsi was very excited about the painting, which certainly conveyed respect and tolerance among the people. Just what the Year of Tolerance aims to achieve this 2019 in UAE.

And his joy and emotion was such that he gave Sonia G Caballero a present that consisted of the Golden Ghaf (tree that represents Tolerance, precisely), that was the peak of the event.

And it is that Sonia G Caballero for her conciliator way and good caste, only wonderful things can happen. And in Romero we bet on her.